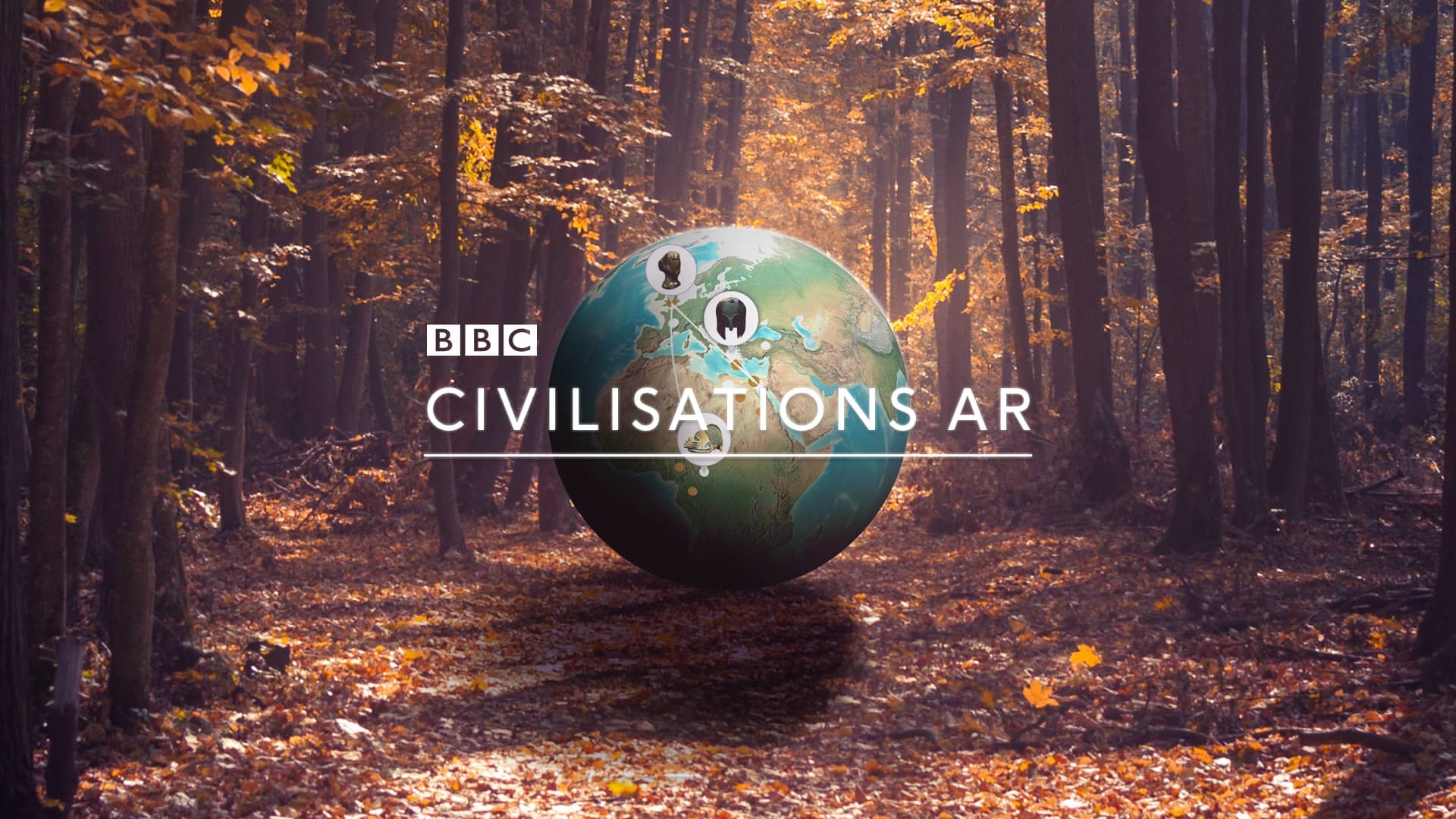 Today, smartphone users have access to a wide variety of augmented reality applications — for leisure, for navigation, for work and for solving everyday problems. So it's time to talk about the best AR apps of 2020. Here's what you can download and try out right now. 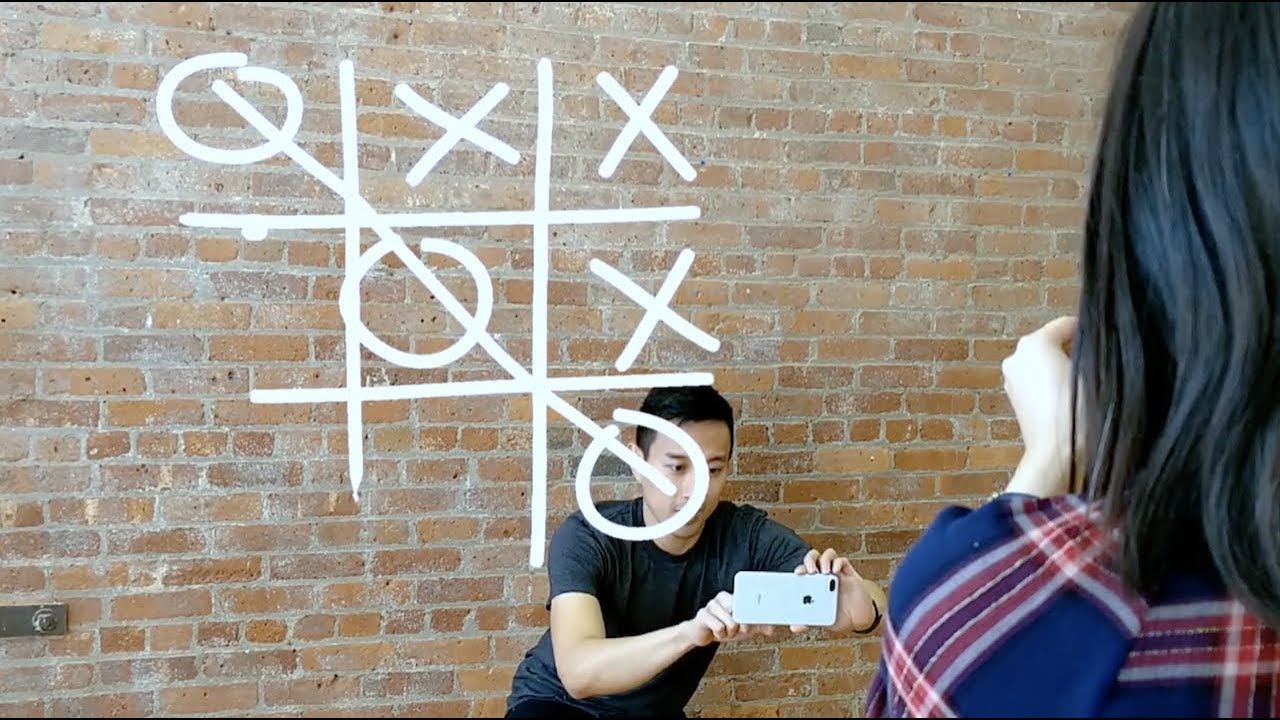 A new Google Doodle game has arrived. Now we do not draw in Notepad, but immediately in the real world. The Just a Line app lets you draw in augmented reality, take photos and videos with a new image, and send them to your friends. Finish drawing your world. All you need is a smartphone, a finger, and imagination. 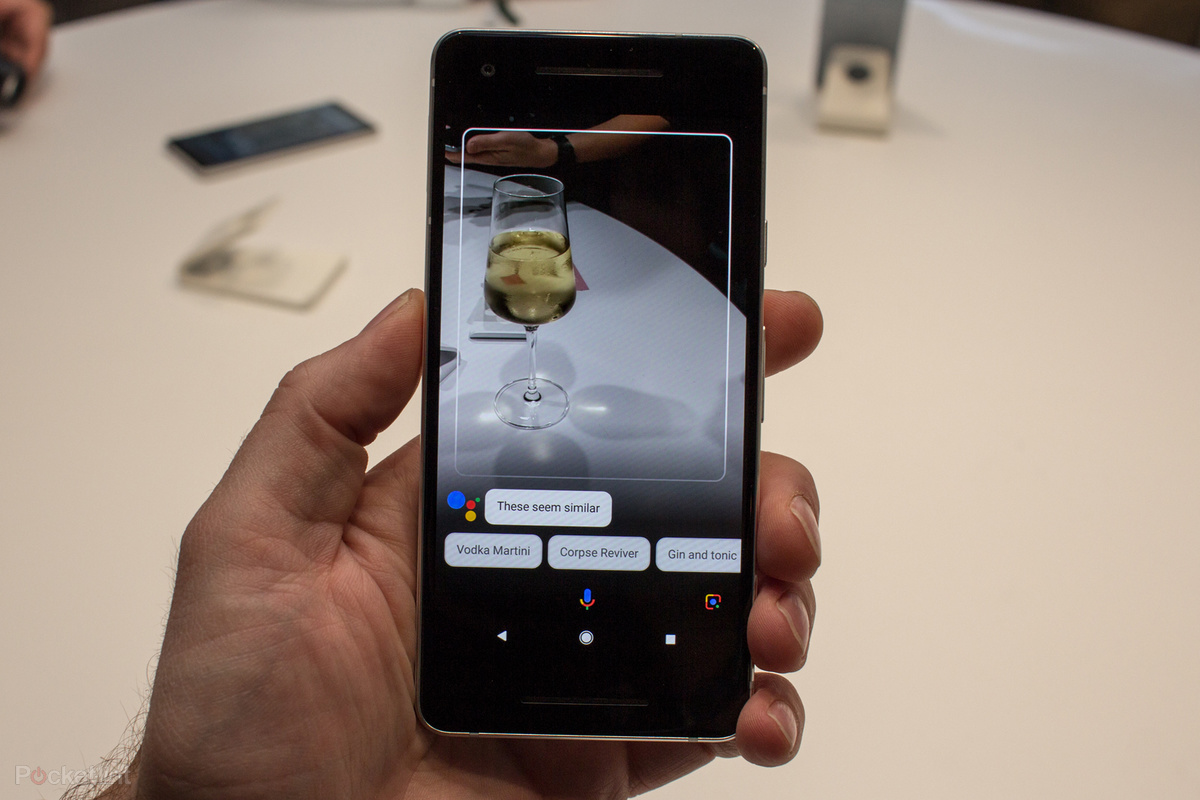 Google Lens is the latest incarnation of the Google Goggles concept. This is a giant search engine that uses the power of an entire cloud server to recognize texts, images, objects, and places that the camera is pointed at. Point your smartphone camera at any object — a street, a house, a monument, a fountain, or an item of clothing in a store — and Google Lens will tell you everything you wanted to know about it.

The app is available in a separate version on Android, and is also embedded in "Google Photos" on Android and IPhone.

The new version of Google Maps is a more pragmatic augmented reality app. Just turn on AR mode and your smartphone will be your guide anywhere. The intuitive AR app will help you find your way in a big city, complementing reality with signs and arrows superimposed on regular Google panoramas.

The BBC Сivilizations AR app is an interactive sequel to the series of the same name. Here we can see more than thirty artifacts from different eras and civilizations. Thanks to augmented reality, you can hold ancient treasures in your hands and view them from all sides.

Each artifact is presented in three dimensions with a circular view. See through artifacts, read and listen to stories about them, and discover ancient secrets of their origin and use. 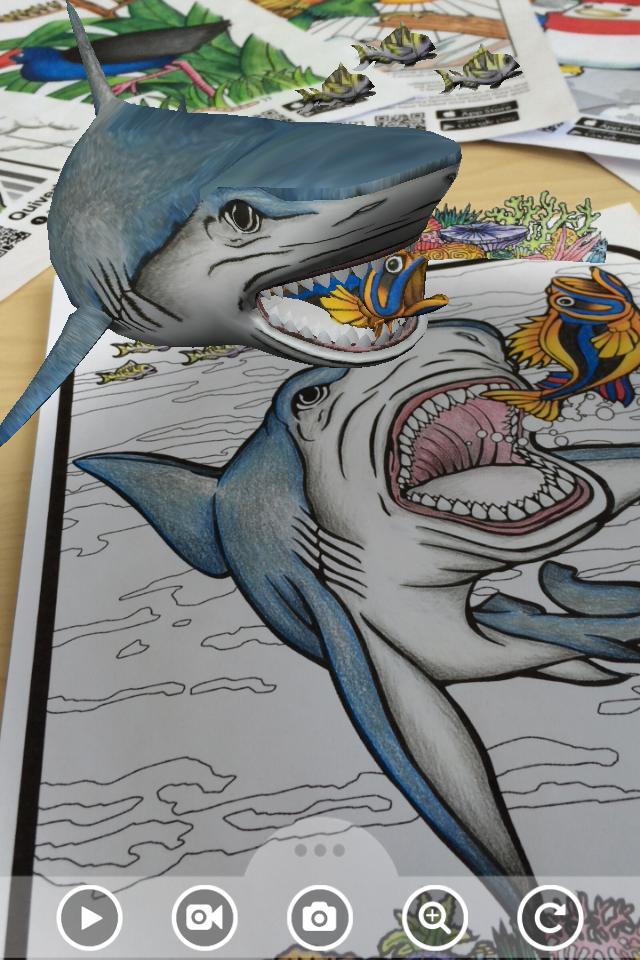 Augmented reality apps are also available for children. Quiver is a virtual coloring book and probably one of the best children's AR apps. Here the colors come to life. On quivervision.com a large set of images is available: children will have something to paint and who to paint. Cartoon characters, animals, educational pictures and landscapes — everything you color and print will come to life in full, in augmented reality mode. 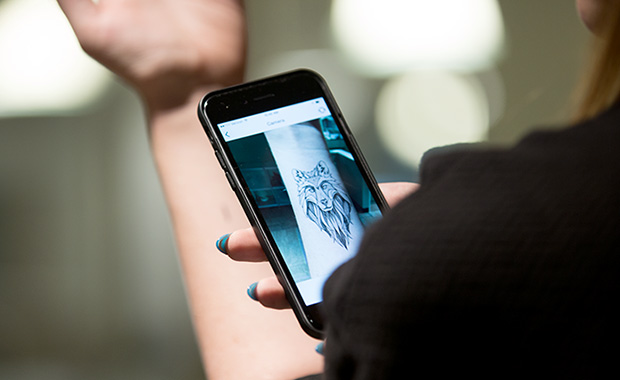 Inkhunter is a unique augmented reality app for those who want to get a tattoo. Try on a tattoo before you apply it. Select a drawing, draw a marker on the body and point your smartphone camera at it. Inkhunter overlays the image, and you can rotate, move, zoom, and change it in detail - until it finally suits you. Choose from the many drawings in the app itself or upload your own. With Inchunter you will definitely not regret your future tattoo.

YouCam Makeup — your pocket stylist. An augmented reality selfie camera turns your smartphone into a beauty salon. You can choose and try out lipstick, eyeliner and other make-up from the brands L'oreal, Maybelline and Urban Decay.

The app also has social network features: you can share your new image with friends, follow other users, explore and buy tried-and-tested accessories.

Euclidean Skies is the only paid app in our review, but we couldn't avoid it. This amazing puzzle game is a combination of the impossible worlds of Escher and Rubik's cube. Here you are a guide to help the adventurer overcome his enemies. To do this, you need not only to move in the playing field, but also to move this field: rotate it and move it.

The game has an augmented reality mode: you can place a large, colorful, fancy playing field right in your room.

These are not all mobile applications with augmented reality that are available today. Follow our publications — there is still a lot of interesting things ahead.

Augmented reality has become a new stage in the evolution of video games. It brought with it a whole series of new concepts and formats. Games with augmented reality even more excite the imagination of gamers. Fantastic characters come to your home, sit next to you, take photos and videos with you.  You play chess with them, fence with swords, solve puzzles, or just have a nice conversation in real time. You literally build your worlds — air, water, ice realms in the real physical world. Don't you believe it? We present you the latest augmented reality games that will be available tomorrow. Minecraft Earth The new game announced by Microsoft has already been released in beta. Here you are an architect and a Builder in one person. You build a virtual building from blocks, and then put it on your Desk. Or on the floor. In the backyard, in the country, in the sandbox — anywhere. Choose any style, play with colors, shapes, volumes, and scale freely. Take a picture at the entrance to your mansion. Build a miniature city and become a Gulliver in it. Play alone or invite your friends. Download Minecraft Earth beta-version for Android: https://play.google.com/store/apps/details?id=com.mojang.minecraftearth Young Conker This new installment of the Conker game series is designed for the innovative HoloLens mixed reality system — a new generation of gaming computers after the Xbox and PlayStation. [caption id="attachment_1372" align="alignnone" width="633"] Young Conker[/caption] Gamers have known Conker for more than 20 years, a nimble curious squirrel under their control runs and jumps over obstacles, collects different things, defeating villains along the way. In the new version, the rodent is still drawn, but it overcomes quite real obstacles. Whatever room you are in, the HoloLens system scans it and turns it into a playing field. [caption id="attachment_1376" align="alignnone" width="1280"] Young Conker[/caption] Conker jumps on sofas, tables, chairs, bookshelves, ironing boards; runs on walls, on the ceiling, and even a little in the air. Special attention should be paid to the processing of space. Coming close to the edge, the squirrel seems to lose its balance and cheerfully imitates vertigo. Download Young  Conker: https://www.microsoft.com/ru-ru/p/young-conker/9nblggh5ggk1?activetab=pivot:overviewtab Fragments Another game for the HoloLens system is arranged in a similar way. However, the action-packed thriller "Fragments" offers a harsher concept. Here you are a detective who solves crimes. The story in this thriller game is told in the first person. And the crime scene is the room you're in. You will have to unravel a tangle of secrets, riddles and puzzles and finally find the criminal. The answers are sometimes hidden behind the sofa, under the carpet - but the evidence can be found in the closet under the linen, and in the bed under the mattress. You restore events based on found artifacts and fragments of memories. In the same room with you are the characters of the game: they look real, recognize you, respond to your movements, gestures, and voice, and generally interact with space in a very realistic way. Play alone or with friends. [caption id="attachment_1378" align="alignnone" width="1001"] Fragments[/caption] Download Fragments: https://www.microsoft.com/ru-ru/p/fragments/9nblggh5ggm8?activetab=pivot:overviewtab Developers have always been looking for new ways to attract gamers. Over the years, they have shaped the standards of visual realism by creating photographically accurate models of people, animals, cars, and planes. The most advanced games offer an alternative reality in 3D format, with a circular view of objects and landscapes, a complex dynamic system of chiaroscuro, glare and reflections. Quantity has changed to quality: now the virtual object fits seamlessly into the real physical world. ...